Birgit Michels-Neumann continues the family business in the sixth generation

Andreas Michels moved to Kaarst in 1804. In the French-governed Rhineland he was the Maire (major) of Kaarst from 1808 to 1812. Andreas Michels and his descendants were all inn keepers, farmers or millers (which is also indicated by the millstones in the courtyard of our hotel today). 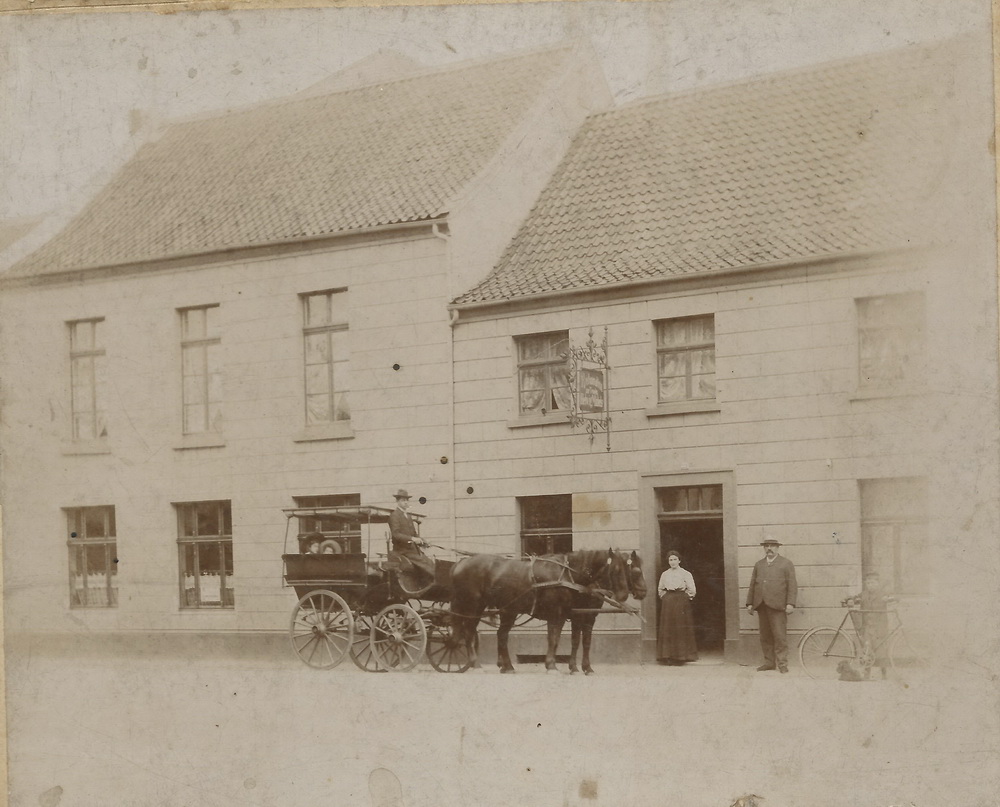 The guesthouse in 1898 with my great grandfather Helwig Michels next to the entrance door. 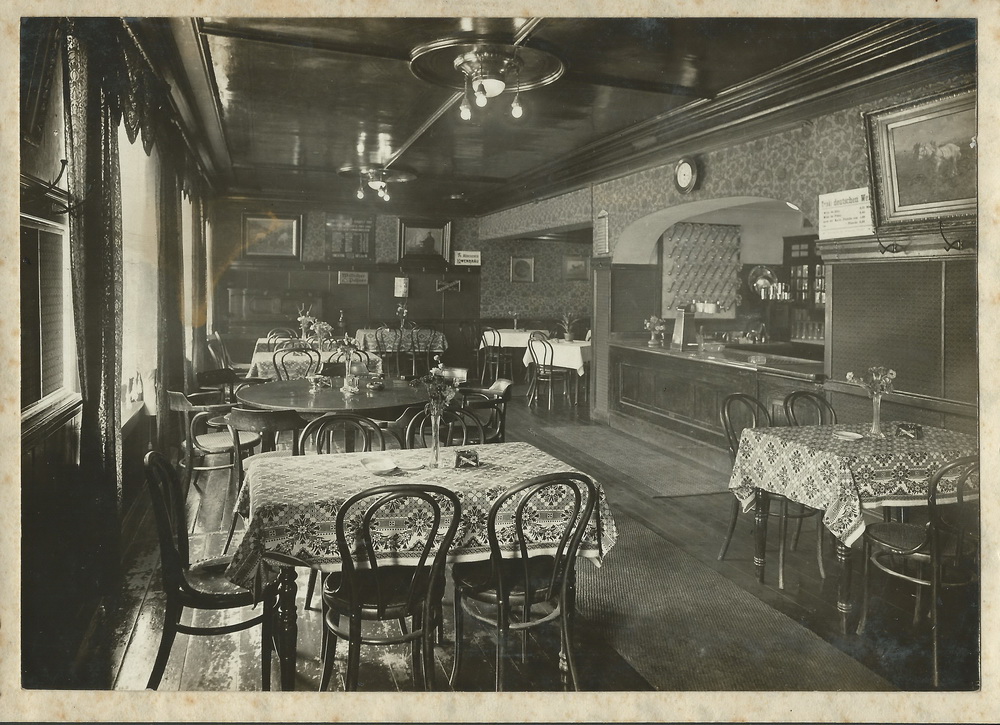 This is a picture of the reception and breakfast area about 90 years ago. Some of the paintings are still at the same spot.

Since the beginning of the last century our house has had a ballroom for big parties. The guests covered long distances to participate in these social events. This also applies to the Garden Restaurant / Pub which was opened at that time. Today you can find the hotel car park and a new residential area at that place.
In 1980 Helwig and Anne Michels reorganized the business. The agricultural trade was replaced by hotel business, indicated through the reconstruction of the big hall. 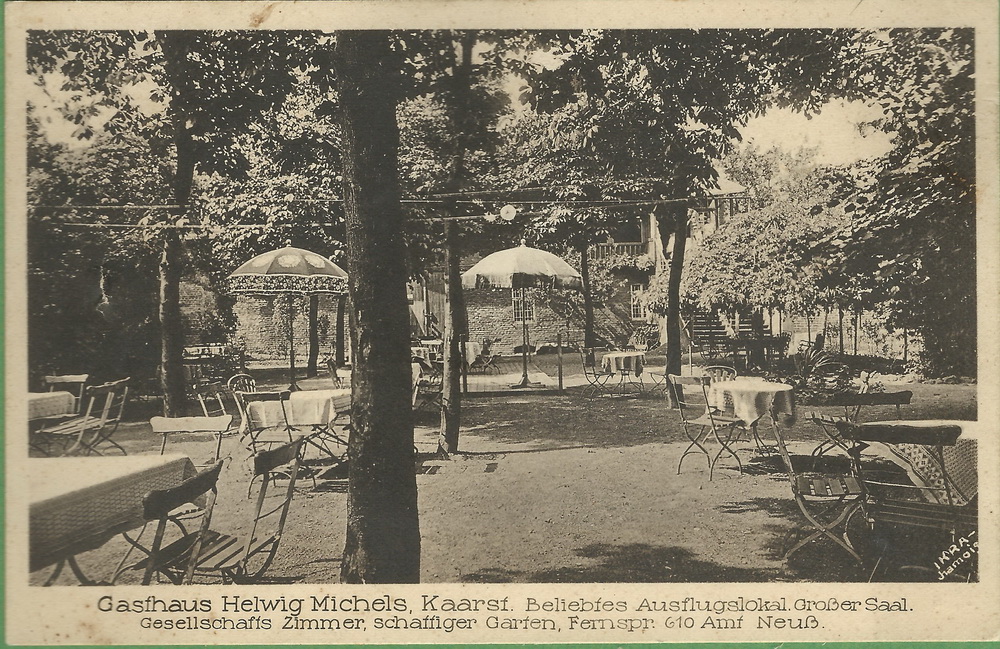 The Garden Restaurant / Pub was well known even outside of Kaarst. This picture was taken in the 1920s. 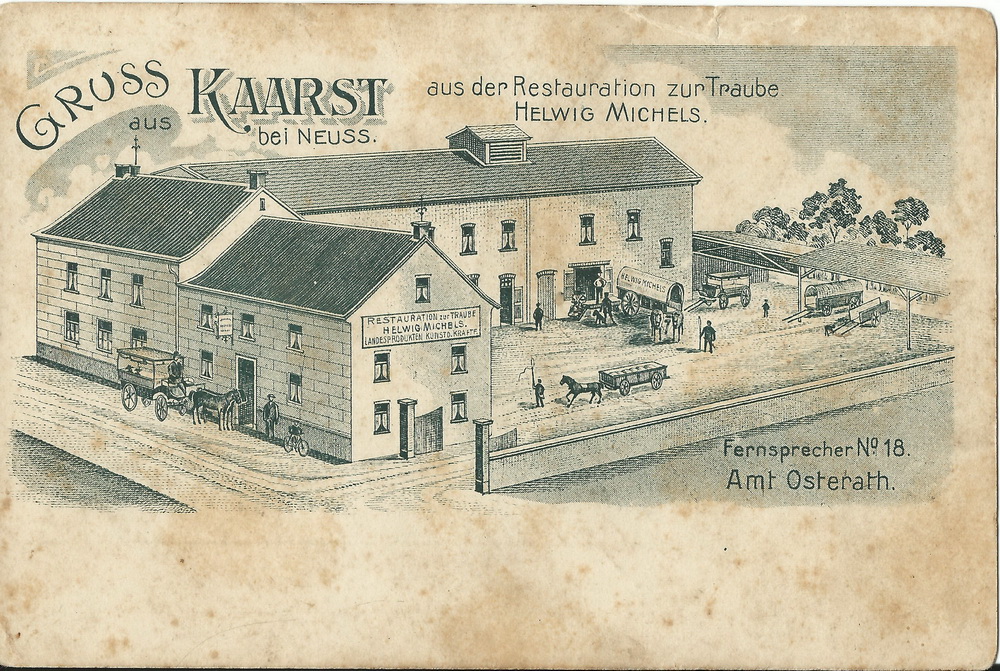 This postcard is about 100 years old and shows the two types of businesses: Gastronomy and agricultural trade of Helwig Michels.

The Romanesque church Alt St. Martin which is located right across Landhaus Michels was built in the 12th and 13th century. The tower was probably already built in the 11th century. It was reconstructed many times until it was restored to its original state in the 1960s. Today it is regarded as a perfect example of the restauration of a small-size three-naval Romanesque basilica. 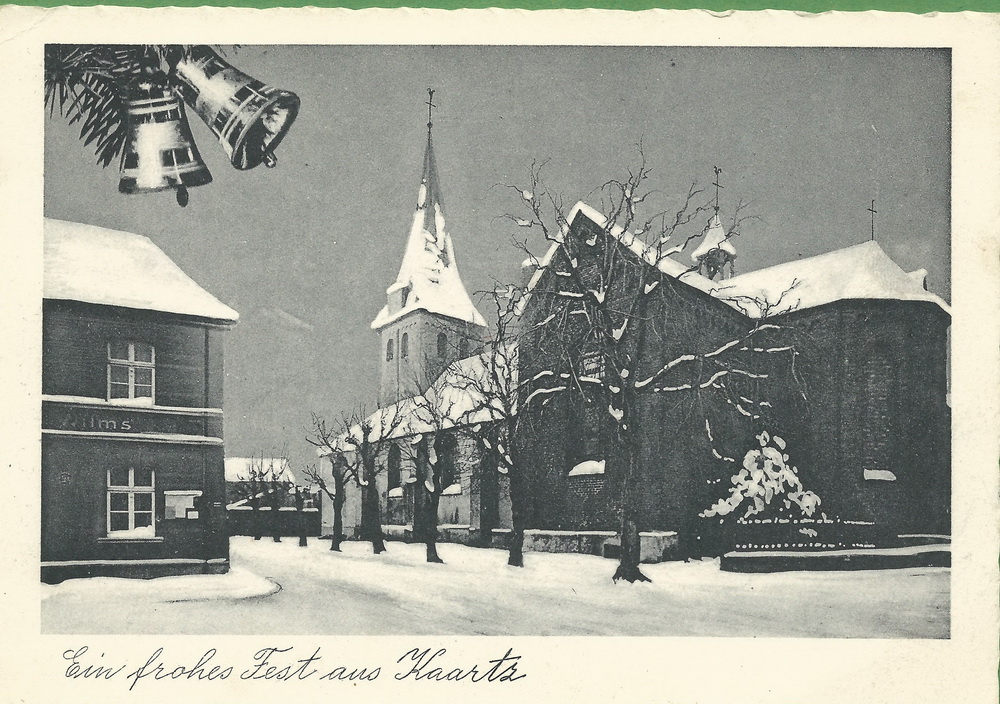 The church Alt. St. Martin with its extensions of different centuries. The bell on the church square is over 500 years old and for about 450 years located in the church tower. The bell carries an inscription analogous to: „In the year of 1483, to be precisely in November, I was casted by Johannes Venlo. I was named after Martin, the patron of Kaarst”. ( H.-G. Kirchhoff, Geschichte der Stadt Kaarst, 1987) Picture on the right: The church today. 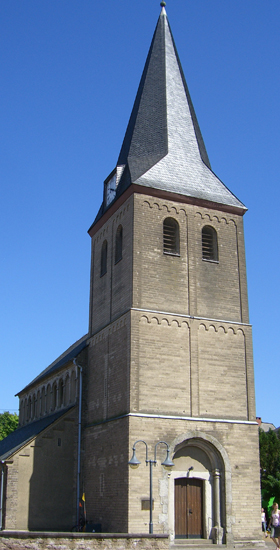 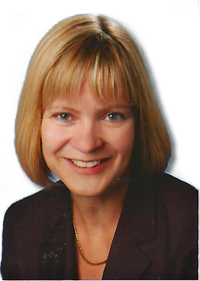